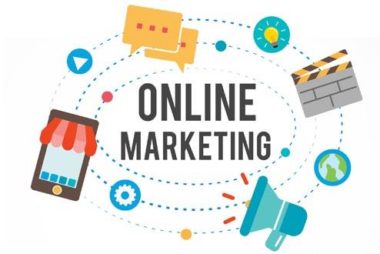 What are the social media sites in Kenya?

Which companies does Social Media Marketing in Kenya?

Is social media used for businesses in Kenya?

Social media usage is vast in Kenya. Social media has been a critical driver behind the increased purchase of smartphones in the country as the mobile apps for the same are just as popular.

Which is the second most popular social media platform in Kenya

Social media usage is vast in Kenya. Social media has been a critical driver behind the increased purchase of smartphones in the country as the mobile apps for the same are just as popular.

Social media is vital for brands in Kenya, and as thus, it is essential to understand where brands come in when it comes to exploiting the potentials of social media, particularly the dominant ones. To elaborate on this, below is a list of some of the legit and most popular social media sites that should matter to every brand manager:

It goes without saying that this is the biggest social media platform in Kenya, and by a pretty convincing margin at that. Facebook boasts over 5 million active users in Kenya. Considering its broad reach, uptake, and potential to continue growing, Facebook has become an integral component for brands. Brands rely on Facebook to build communities and also to run their digital advertisement campaigns.

The extent of Facebook’s dominance is portrayed by its popularity, not just among the urban dwellers but even among those living upcountry with even more older people joining the social network. To make any decent impact in Kenya, you definitely need Facebook as it is the social media platform that guarantees a wide unfiltered reach.

LinkedIn has been in existence in Kenya just as long as Twitter and Facebook. Unlike the more flexible tone used on Facebook and Twitter, LinkedIn is for professional engagements and is more skewed for business engagements.

For all the serious business content such as recruitment, LinkedIn remains as the best social media platform. LinkedIn allows potential employees to advertise their vacancies and meet professional and qualified applicants, something that other social media platforms cannot boast about. Like Facebook and Twitter, brands can also buy LinkedIn Ads for campaigns.

Instagram is arguably the breakout social media platform of the era, and it is getting bigger by the day. Instagram, owing to its popular feature of sharing images, has grown mostly successful and accessible, particularly among the youth. Like the other platforms listed, LinkedIn also allows brands to run Instagram Ads.